Give your grocery budget a break with this delicious sweet and sour lentils recipe packed with flavor and comfort!
Jump to Recipe Print Recipe 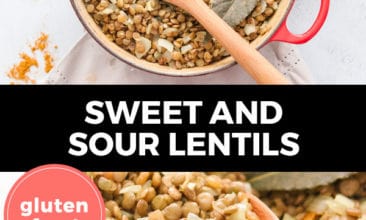 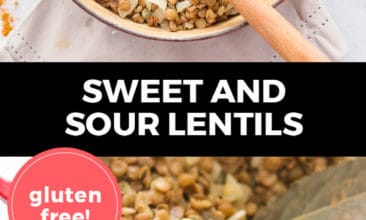 Give your grocery budget a break with this delicious sweet and sour lentils recipe. Lentils are packed with nutrients like fibre, iron, and folate! 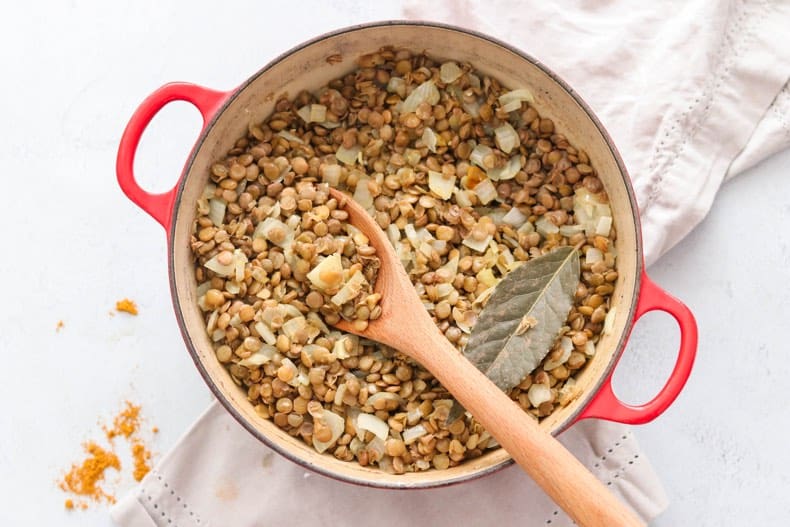 I am often asked about my favourite frugal recipes. Listen, I like food. No, wait – I LOVE food. Healthy and frugal are great, but if a recipe doesn’t have that je ne said quoi factor that makes you go mmmmm, then it’s a hard pass from me.

Often “beans and rice” is the frugal-eating poster child, but I think beans must be getting awfully tired of holding up such lofty ideals. Time for a new legume to step in and help shoulder some of that load.

I know that my strict Paleo friends won’t go for this sweet and sour lentils recipe because they don’t eat legumes. While I lean that direction (Paleo) in my ideals, I simply cannot afford to cut out legumes and grains from our diet at this time. With a tight budget, we need to eat some legumes and rice, and sometimes potatoes. Our family is also gluten-free for a variety of health concerns (everything from eczema to confirmed celiac), so we don’t have a simple, inexpensive, gluten bread option for filling those hollow legs that my kids all seem to have.

So. With all of that disclaimer and such out of the way, you should know that this is one of my new favourites. I made it up on a whim the other day when I decided to try something new from our usual curried lentil shepherd’s pie.

It turned out perfectly! Great flavour, easy to make, and frugal! So satisfying. What more could you ask? Every time I’ve made it since it’s been a hit.

Are Lentils Good For You?

On the whole, I’d say yes (with a disclaimer, which we’ll talk about below). Although they may not pass the test for a strict Paleo adherent, there’s actually debate even within the Paleo world itself. Chris Kresser is one of the leading Paleo voices today, and he wrote this in an article discussing legumes:

Some people—particularly those not previously familiar with my work—were surprised to hear me tell Dr. Oz that I think eating a few servings of legumes a week is fine as long you tolerate them well. This directly contradicts Paleo dogma on legumes, which holds that we should strictly avoid them because 1) they aren’t part of our ancestral diet, and 2) they contain toxic anti-nutrients like lectin and phytic acid.

The article goes on to conclude that while legumes perhaps aren’t as bad as some may think, they’re also not the most nutrient-dense food ever (not everything has to be grass-fed liver and bone broth, obviously, but it’s worth stating). Hence, it’s probably not ideal to eat them every single day due to the amount of lectins, which may increase inflammation in the body, and lead to leaky gut.

(Also, if you already struggle with leaky gut issues, then it’s probably best to avoid them while you heal, and focus strictly on the most nutrient-dense diet you can do. This is where a healing diet like strict Paleo, GAPS, AIP, or Keto can come in.)

Once a week or so is our personal sweet spot that I feel comfortable with. We include recipes like this Sweet and Sour Lentils one mostly for frugality’s sake (gotta afford that grass-fed and pastured meat somehow, right?) but thankfully, they also include some great nutrients, like fibre, folate, manganese, and iron – all of which are important to optimal health. Lentils are also a good source of protein.

Food-based sources of nutrients are almost always superior to a bottle of supplements, and lentils pack a decent punch in that department! And bonus: this recipe cooks the lentils in bone broth, which bumps up the nutrient-density nicely.

Sweet and Sour Lentils: To Soak or Not to Soak?

Here’s the thing: if you’re in a big rush to get dinner on the table, then unsoaked lentils are better than takeout, and they’ll actually cook up just fine unlike many of their legume counterparts (don’t try that with kidney beans, oy). However… if you are able to plan ahead, then it’s best to soak lentils for 12-18 hours ahead of your cook time. This allows the phytic acid to break down, which leads to less gas and indigestion (now you have it in your head, dontcha: “beans, beans, the magical fruit…”) which is a never a bad thing. It also helps them to be broken down more easily once they hit your digestive system so that you get even more of the nutritional benefits they offer.

Just measure your lentils into a bowl, cover with water (leave an extra inch or two because they’ll expand) and a teaspoon of apple cider vinegar, and leave on the counter. When they’re done soaking, proceed with the recipe.

P.S. If you loved these Sweet and Sour Lentils and you’re looking for more legumes recipes to try, check out these recipes here on the blog: 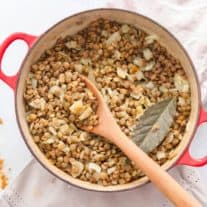 Find my Homemade Bone Broth Tutorial here.
Tried this recipe? Tag me on Instagram!Mention @redandhoney and use #redandhoney 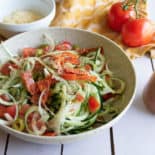 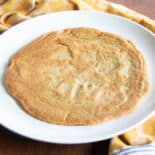 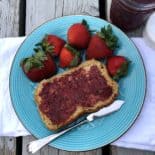 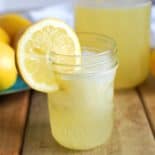 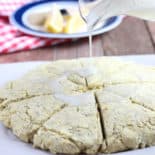