Isaac is a 3.5-year-old that loves his trains and cars. He drives them around, making up stories and narratives for hours on end, having a grand time. (“Help! Thomas is stuck in the mud! I’m coming, said Percy, here I am! Pullll! Ughh! You’re free! Let’s go to the station to get a wash-down…”)

I had seen the idea on Pinterest for making masking tape roads on your carpet for the kids to drive cars on. But the idea didn’t quite appeal to me, knowing that I’d have to take all that tape and hard work apart and throw it away eventually. Thus, this little idea was born. Off to the dollar store I went, in search of a cheap shower curtain liner. The shower curtain liners at our “dollar” store were priced at $9.50, so I grabbed this tablecloth liner for $1.50 instead. I taped it down to the dining room floor on the four corners, and drew with a thick black permanent marker a bunch of roads and train tracks, plus a few extras. It’s nothing fancy, artistically speaking, since I had a 19-month-old climbing all over me while drawing. But he loves it.

We added the essentials – a train station, a library, a grocery store, and our house. There are spots for the car to park and for the trains to rest. Plenty of winding roads and a few trees and flowers.

I had hoped to be able to fold it up when they were finished playing, and save it for another day, but it turned out the plastic was too thin and ripped in several places from some of the crazier drivers 😉 I plan to find a cheap vinyl shower curtain liner (I’ll get that one I first saw if I have to), and make a more permanent version of the same thing. 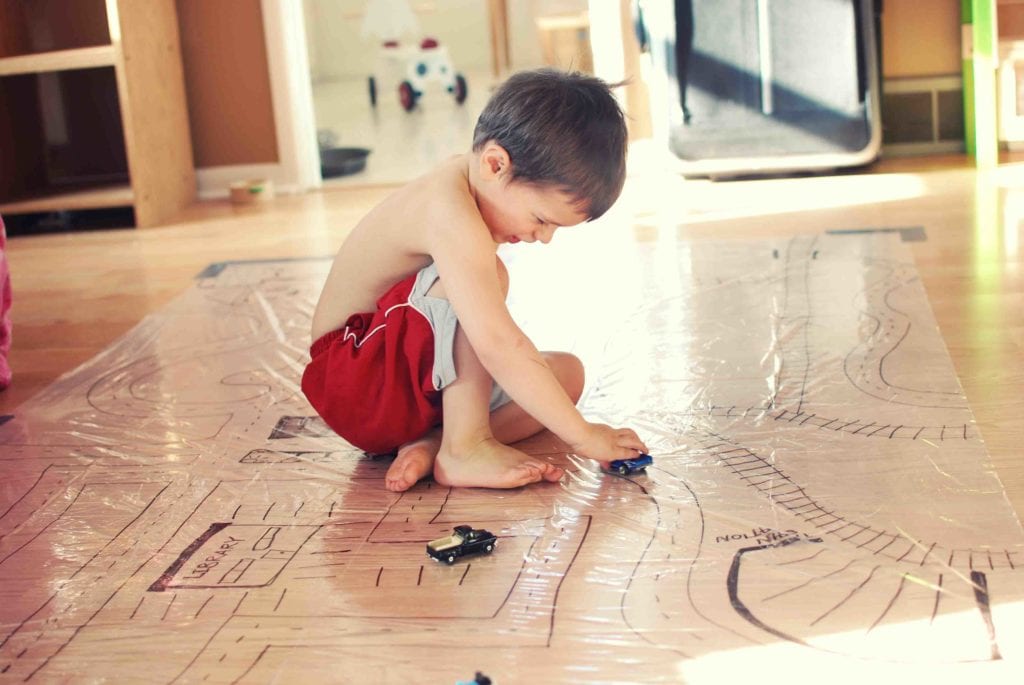 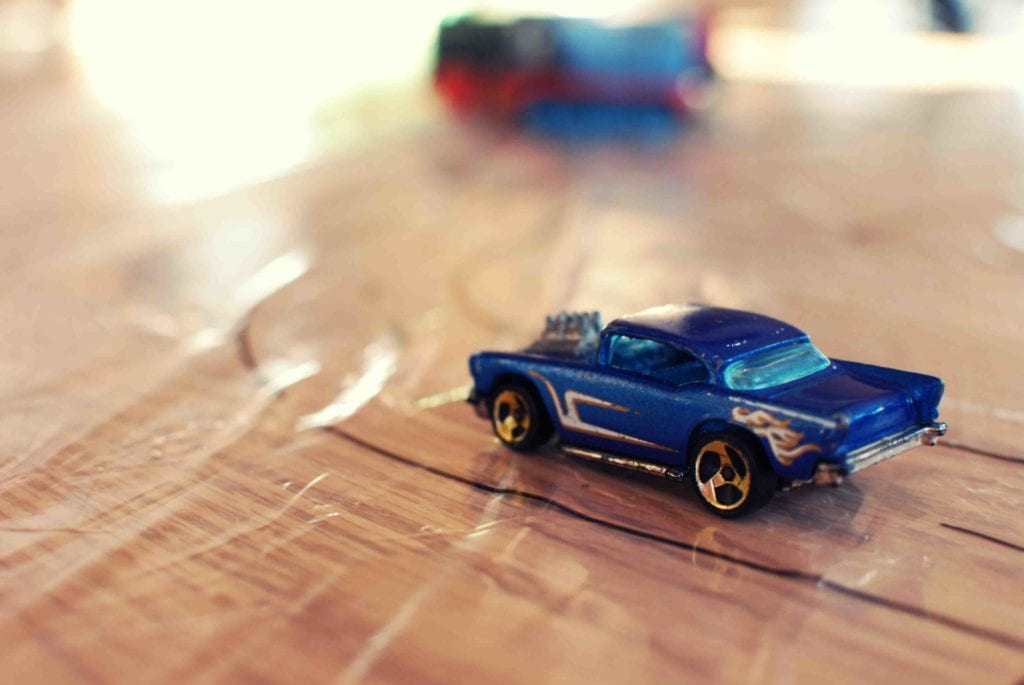 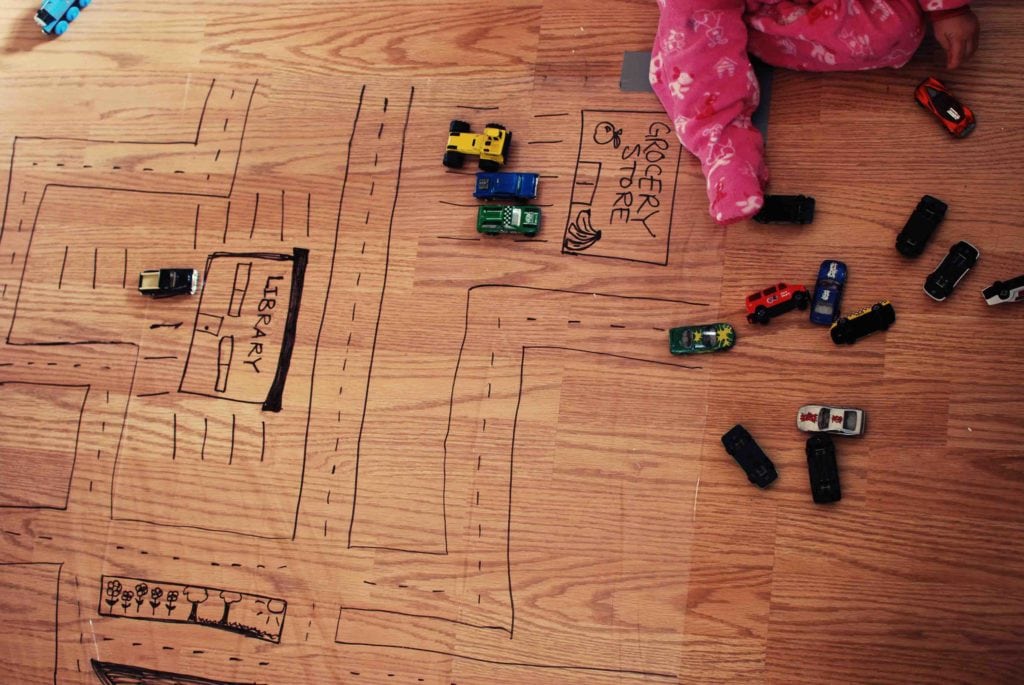 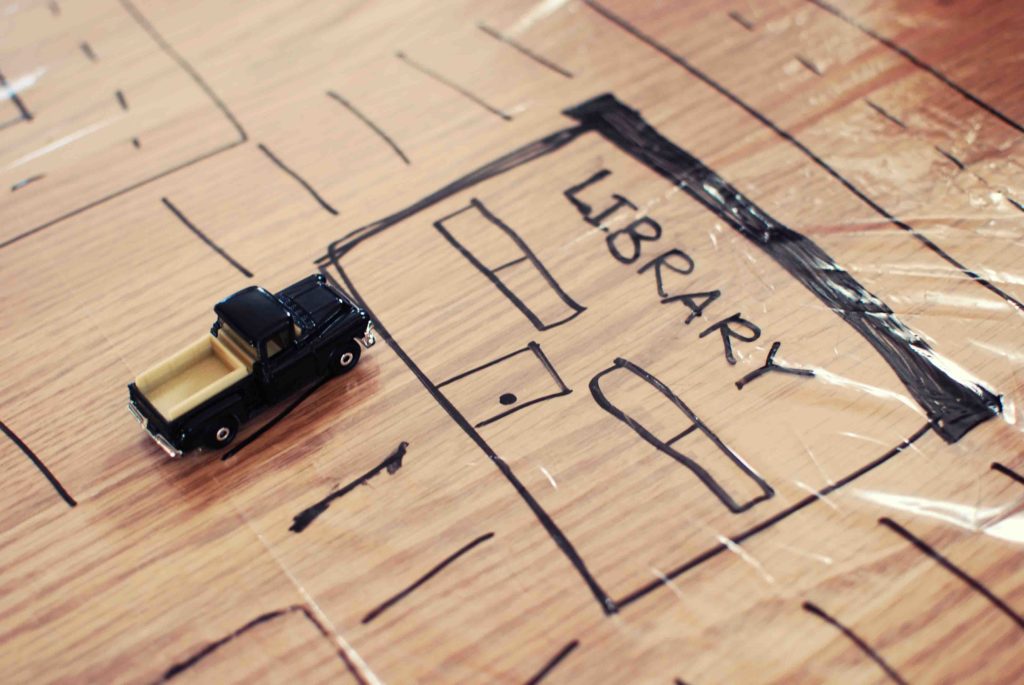 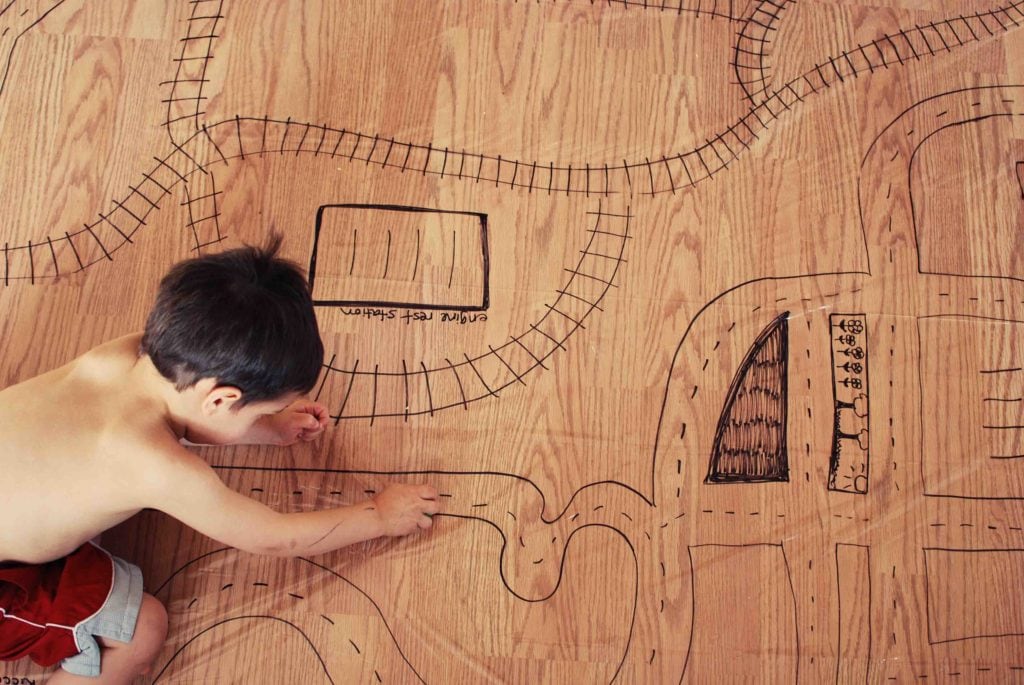 Come back and let me know if you make one, and if your kids love it as much as mine do!

Have a happy long weekend (it’s Family Day on Monday for us).

Why I’m a Passionate Co-Sleeping Advocate 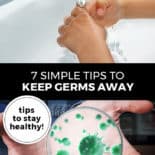 7 Simple Habits to Keep Germs Away 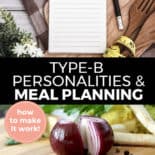 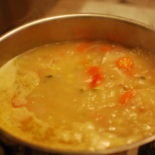