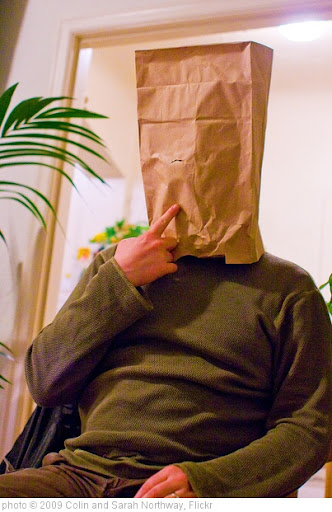 This is the fourth instalment of a series I am doing on breastfeeding in public. You can read the first three posts here:

People stared at me as I walked through the mall. My face was disfigured and swollen practically beyond recognition, with deep nasty bruises from my eyes down to my neck on both sides. I could see people shifting their gazes when I noticed them staring at me uncomfortably.

I was 18 years old and I had undergone major reconstructive jaw surgery two weeks prior.

Both of my jaws had been broken, repositioned, and fastened in place with screws and plates. The top jaw was impacted (shortened) and the bottom jaw was lengthened. I was in the hospital longer and had a longer recovery than my boyfriend’s (now husband’s) grandfather who had undergone quadruple bypass open heart surgery just two days prior. The swelling and bruising eventually faded, and after a pure liquid diet for 2 months (which dropped me down to around 90lbs) I was able to begin eating again.

This was my only taste of being physically different (unless you count having red hair – haha), and it was only temporary. Still – the feeling of being stared at by people who uncomfortably shifted their gazes away will stay with me forever. Some people endure this kind of social ostracizing their whole lives if they have a visible disability or disfigurement. I used to have a coworker who has an extremely large growth on half of her face about the size of a pineapple (or bigger). I don’t know the whole medical background, but I do know that she’s had it for most of her life. I found it difficult to not feel slightly awkward or uncomfortable when speaking with her face to face, even after working in the same office every day.

Now what does this all have to do with breastfeeding in public, you ask? Well, by large the most common reason that I was given as to why we should not breastfeed in public without a cover is that it makes people uncomfortable. Some claim that it is more loving to avoid making someone feel uncomfortable, and that it’s not worth causing a controversy.

“I guess I figure if breastfeeding makes people uncomfortable, and it doesn’t hurt to cover up, and it isn’t sin to cover up, why wouldn’t I cover up?”

This comment left on one of my previous posts is rather typical of the position that I’m discussing here, so I’ll use it as an example. Now, let’s replace the word “breastfeeding” in that sentence with “the disfigurement”. Should my coworker have come to work every day with a large covering over half of her head so that none of us had to look at it and be uncomfortable? Or perhaps she should have just stayed home? Or worked in a separate room where no one had to see her?

Is it the responsibility of the disabled person, burn victim, or person with the disfigurement to “cover it up” so that others don’t feel uncomfortable? Or, perhaps, is it the responsibility of those around her to “get over it” and treat her with respect and dignity despite their emotional reaction at the sight of her? Who bears responsibility for those uncomfortable feelings (which, I should remind you, are the result of the wrong and perverted message of our over-sexualized pornographic culture)?

Nonetheless, I do think there is a valid comparison here. The assertion being made is that we should avoid making people uncomfortable. I just want to know why. Since when is feeling uncomfortable such a terrible thing? Historically it has been a necessary side effect of many instances of social change as new ideas were brought into acceptance. I think of things like racial integration in the 1960’s, and women’s rights in the early twentieth century. Then I think of things like having a large family (I’ve heard mamas of many children tell over and over again about the nasty looks and ridiculously rude comments they get in public). If one day I have a large number of children (like 5 or more), should I avoid taking my family out in public all at once? It will most certainly cause people to feel uncomfortable! Perhaps I should take them out only in groups of two or three so as to not to ick people out with the evidence of my lively sex life and my rejecting of modern society’s negative bias against children?

If you affirm that the disabled and disfigured should cover up or hide away, and that my (theoretical) eight children should avoid going out in public together, well then I shall agree that I definitely should use a nursing cover as to not make you or anyone else feel the slightest bit awkward (actually, no I won’t. I will likely think you completely ridiculous and rude, to be honest). But I don’t think any reasonable person would actually affirm that.

From a spiritual point of view, I do not believe that breastfeeding in public could possibly “cause a man to stumble” any more than eating in public, walking in public, or just being in public! First of all, we should always interpret scripture in context, and in this case the passage is referring to food issues and the OT laws against unclean meat. It is saying that we should not eat something that someone else thinks is unclean if it causes them to stumble and eat it against their conscience. Does seeing me breastfeed in public cause someone who thinks that breast milk is forbidden by scripture to stumble and drink breast milk against their conscience? Somehow I don’t think so.

Even if you could apply that scripture to this situation, you would need to also be consistent. If seeing a non-sexual act of breastfeeding a child could “cause a man to stumble”, then I feel compelled to point out that seeing a woman’s hair, neck, legs, etc. could also do the same. This goes back perfectly to my discussion on modesty, and I ask then Why Don’t We All Just Wear Burqas? I contend, rather, that the man is responsible for his own thoughts, his own perverted thoughts, and his own sin. Most of us know that breasts have been over-sexualized by our culture to an unhealthy and harmful extent. Breastfeeding is not a sexual act – it is actually our culture’s distorted view of a woman’s body that is to blame for this theoretical discomfort and awkwardness.

So, where does that leave us? If breastfeeding makes others feel uncomfortable, should I use a cover? If a man sees me breastfeeding my baby and it results in him lusting and sinning sexually in his mind, then should I use a cover? (never mind that most men still know what I’m doing and are perfectly capable of using their imaginations if they want to, which can still result in lust and sin). Or, should I breastfeed my baby without a cover (assuming I want to, of course) and contribute to the normalization of breastfeeding in our culture as a beautiful and natural act of love by a mother to her baby? I strongly believe the latter, and I wholeheartedly reject the notion that I am in any way responsible for the awkward feelings of others that come from such a situation.

What do you think?