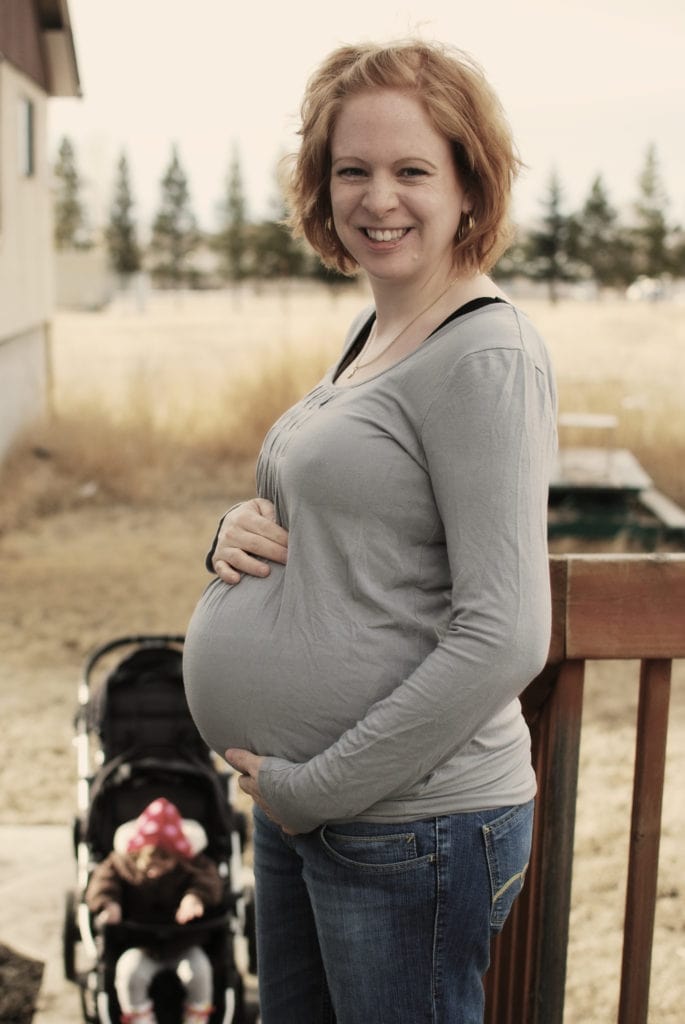 I feel like I’m entering the home stretch now, being in “the 30’s”. It’s like the countdown at new year’s when they start with 10! 9! 8! etc. Except that this time each second (aka week) may or may not feel like an eternity, and there will probably not be an immediate party after we get to the last number. There will probably be great efforts to stay thankful! and happy! (while overdue!) even though I want to serve up an eviction notice and reclaim my body from the little alien within.

Oh well, the end is coming at some point, and each day is one day closer. I’m ever mindful of that fact now that the uncomfortableness is gearing up. The usual – pelvic pain, heartburn, fatigue, not sleeping well, and peeing every 5 seconds. I think I feel way worse (achey, etc) when I eat any sugar or wheat… so I’m being careful right now about those things.

By and large my biggest frustration is my rhinitis. I’ve been using a nasal spray because that’s the only thing that has allowed me to sleep. I’ve tried an herbal breathe-easy tea, tea tree oil treatment on my feet, saline sprays, having a humidifier in my room, steam from the shower, vicks rub, and a neti pot (doesn’t work for me). Nothing has worked well enough to allow me to actually sleep enough to function during the day, except the nasal spray. (It’s getting so bad that I can barely smell or taste things anymore, and it’s making me totally nuts.)

So, if anyone has any bright ideas about cleaning congestion while pregnant, I’m all ears. Also, natural heartburn remedies would be nice.

Gosh this was not really supposed to be such a negative post. I just get asked so often how I’m feeling, so I figure I may as well give you the low-down.

In other news – I’m pretty sure my milk dried up totally somewhere in the second trimester, and Aliza was just comfort nursing for the last while. However…

I don’t actually remember the exact day, but I believe it’s now been a full week since she nursed. I do believe that we can say that she has officially weaned (at nearly 21 months old). I have to be honest, I am relieved. I had no qualms about nursing longer in theory, but it was getting quite uncomfortable since I had no milk left. I was starting to resent it, so I decided to give it a go and see if she would mind terribly if we weaned. I had to tell her once or twice a day that “mama’s milk is all gone”. She cried some mournful tears several times that almost made me give in, but I was able to distract her successfully each time without too much fuss, so we stuck it out. I feel at peace about it and I think it was the right time.

I know this is a somewhat scattered update, but let’s just say that I did it on purpose to illustrate the scatter-brained-ness that is my reality right now.

My final thought in this post is this: watching Isaac and Aliza play together these days, laughing and giggling and enjoying each others’ company (usually) is making me way excited about this babe to come. Despite the crazy roller coaster of having 3 kids in less than 4 years, I am beyond thrilled to think and hope that they will be each others’ best friends growing up. What a gift!

In case you missed them, here are the other posts I’ve written reflecting on this pregnancy: The Big Announcement, 13 weeks, and 20 weeks (focusing on deciding between a hospital-birth or a B&B birth). 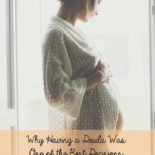 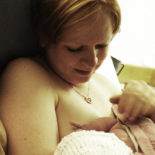 Uninhibited Breastfeeding in Public {Is It Obscene and Inappropriate?} 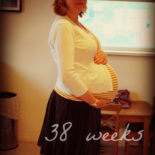 A Celebration of Birthing {My Blessingway Experience}